“Tara, you are an African American.”
-Ernest, a friend in village

Yesterday we celebrated eight months in Cameroon. I felt it well deserved, as this week in particular, I have been more productive and more satisfied with my village life in general. I have learned how to better manage my time (and not put too much of myself into obsessing over lesson plans) and I have begun experiencing other projects. There is not one defining moment, but sometime after the break in, I realized that it is in fact very possible to live life comfortably while still on guard at the same time. No matter what happens, you have to protect yourself in whatever way you can. Be it from marriage proposals, from thieves, from too many unwanted visitors, from high “white people” prices at the market, from diving into too much activity in an effort to please everyone- everyone that wants to take full advantage of their peace corps volunteer. I am learning to take full advantage instead of what matters most to me, and perhaps it happens that what matters most to me now is somewhat different from what mattered most in the past. Somewhere along the line, I hoped I would see this change in myself. Eight months in country and this feels very much like home. The majority of my days are good.

I got rastas!!! These are long, thick braids that are extensions of my own hair (See the photos!). Sintia helped me to pick out the mesh (I picked out my own weave, haha) and I went to the salon on Saturday. It took much longer than expected- close to four hours! The braids are heavy and sometimes hot, so I was pretty tired the day that I had them done, but they are fun and easy (because my hair is always fixed!) and Cameroonians love to see me with them. It gives them a sense of pride, I think, to see me experiencing their culture.

Three PCVs and I conducted PACA, which stands for Participatory Action Community Assessment. We spent two hours with my older class to have them map the community, and from that, try to decipher what the community needs are. From this, the PCVs as well as the participants are supposed to gain some better insight into the needs of the community before trying to figure out how to meet the needs. I found that the biggest problem at my school is that there is no water. Students have to walk very far just to get a drink of water- another sort of derangement in the classroom; I have been so upset with students for taking so long when they say they are going to get a drink of water. Anyhow, it sounds like something I will be working on developing. The way that it works is if the community raises 25% of the total needed costs for something (this way they are sure to maintain the project because they really see a need for it), I can set up a donation account on the PC website so that anyone can contribute. For those of you that have been asking, you may sometime get a chance to directly impact my community. But this project will surely take some time to get started.

The following day, we conducted a PC Conference at my school for the UNESCO club and Youth Week. It was great to share our goals with students and administration that was interested- even if the first question was, does Peace Corps ever send Cameroonians over to the United States to see what development is like there? Legitimately, it could really help Cameroonians to learn about the USA; it’s too bad that AFS does not seem prepared to add another country like Cameroon to their programs. There have to be other programs that I can work with though.

The defeat of indomitable Lions. I did it. I watched a sporting event willingly! I have been keeping up with the matches because the atmosphere is fun and the game is fairly easy to understand. Plus people seem disappointed when you say that you didn’t watch the game! So I started watching the games. We lost the final match last night however. I’ve been told that if we would have won, tomorrow would be officially made a holiday. Ah well, now I’ll have to teach tomorrow.

But today was a holiday anyway- Youth Day. Students paraded and some students performed skits, dances and song. I am mastering the art of arriving late but not too late, so that I don’t have to wait long for other people to start the event. As an American who is still somewhat obsessed with time, I find it better to show up late so that I don’t get impatient of waiting! It was the first time for the Centre des Femmes to march in the community, so it was fun to be apart of. I think the girls had a great time. Other than parading, Tim and I celebrated by making a couple cakes (pineapple upside down cake and banana bread) with the kids. This is a part of me that has changed as far as what matters most. These kids- Franck, and also Martiale and a few of my students that are complete sweethearts. I have been asked a lot lately if I have kids, and I respond that yes, I do…because they see that Franck is usually right behind me. I like doing fun things with the boys. We make cake and they tell me when it’s time to clean the floors. I give them respect and attention and they wash the dishes. I can ask them cultural specific questions and get honest answers. I can get the simplest satisfaction in giving them a meal they may have otherwise not had, or teaching them how to cook a cake that they otherwise would not get to make. I like to compare my house to Grandma’s house- a safe, fun place where kids can come (if they are good; I’m pretty picky these days) and get attention that they just don’t get at home. There are too many kids here to give each one the attention that they deserve. But I have a few. The only problem lies in the fact that they know how much I care now. I will have to work on finding a middle, not to spoil them so that they think Americans can provide anything they want, and by disciplining in the tiny moments that I’m usually a push over in when it comes to kids I call my own.

I helped get Franck a room in village so that he doesn’t have to walk so far from home every day, so he can just return on weekends to help his grandmother in the fields. The room costs the equivalent of eight dollars per month, and he will need a small bed and a desk for the room as well. Anyone interested to help Franck financially, you should contact me directly. Contributing to Franck is contributing to my mission and me. I am not sure if I can express enough Franck’s importance to me.

My mom called me last week, concerned about the refugees coming in from the borders of Chad and Cameroon. I can only say that there has been no talk of it by Peace Corps, which means it is not that important, and I have been told that they started fixing the problem a few days ago. In any case, I assured my mom that there is an Emergency Evacuation Plan if ever need be. There are certain measures taken in certain circumstances by the American government- including getting the Marine Corps and Air Force, even the Army involved, if that’s what it takes. But I remind everyone that Cameroon is known as the country of peace, something the citizens are very proud of. Unlike many other African countries, Cameroon has lots of food. People do not starve and suffer as much here as in other countries, so the idea of war is something very unlikely. I honestly don’t see any riots or catastrophes happening anytime while I am here.

I want to visit home! I would like to return in either May or August, whatever’s cheaper. I wish there were some sort of Peace Corps discount for airfares because it is so expensive! Most round trips going through Paris cost around 2,500 dollars, and I can’t think to leave a burden like this on my dad. So I am really hoping that maybe someone knows someone that could help me with this, or can at the least recommend some cheap airlines that even fly out of Africa? 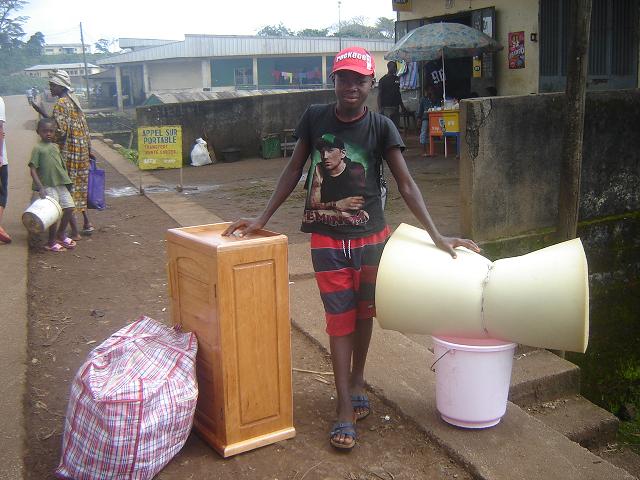 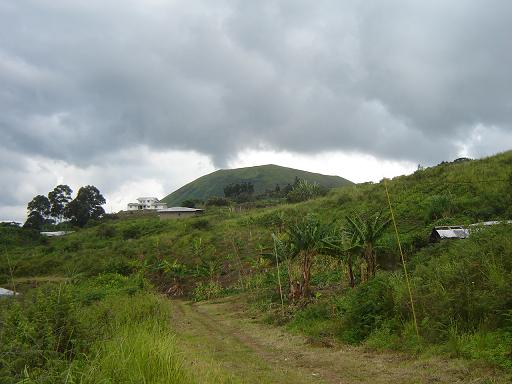