Education is the key to success. – Oprah Winfrey

It’s been 9 years since I met the adorable little 12 year old boy who carried my umbrella throughout the International Women’s Day parade. He was wearing broken flip flops and a big smile. He was living with his uncle at the time, far from town. His father had passed and his mother wasn’t in the picture. His face was skinny, and I knew that he was only eating once a day, so I invited him into my home and into my life, and we began sharing recipes. He taught me how to kill and pluck a chicken. I taught him all about cake, Mexican food, and pizza flavored goldfish. Little did I know the role that I would later take on, that he would move into my house, that I would host his 14th birthday party (see below), and that one day he would add my last name to his.

At the age of 22, I learned a lot about motherhood and the love you can have for someone, even when they drive you nuts. Now Franck is much older, and he’s grown so much that picking me up mid-hug just came naturally when I first visited Franck a couple years after I had left. Leaving him was one of the hardest things I had to do. Since then we’ve grown into our differing lives, he settling into an orphanage and me going forward with the opportunities before me. I feel that I’ve lived several different lives, while he’s been stuck in his. I’ve been disappointed, proud and more forgiving than I’ve ever been with anyone. During our time together, I did my best to equip him the tools that I felt could help him succeed. I emphasized moral values, I talked to him about safe sex, no matter the blushing face, and I repeatedly taught him that education would be the key to his success. For Franck that key would bring him to America, but I’m not entirely sure of what that key will open up for him yet.

Right now we are working through his last year of high school and his final Bac exam. So while 7 years and an ocean separate us, I will always be rooting for his success. And while some of my friends are skeptical about trusting this teenage boy who continuously asks me for money, and rightfully so, I’ve decided that I want to be no part of why Franck doesn’t have a chance. If he finds some way to blow it, it’s on him. But I’m doing my part to carefully give enough to allow him every opportunity to soak up an education, and all the love I can give him from where I stand as his remaining living family. Today, that means sending money through Express Union to a trusted mama friend  in town (see her featured below), who will go with Franck to pay his school fees tomorrow. And that puts a big smile on my face. 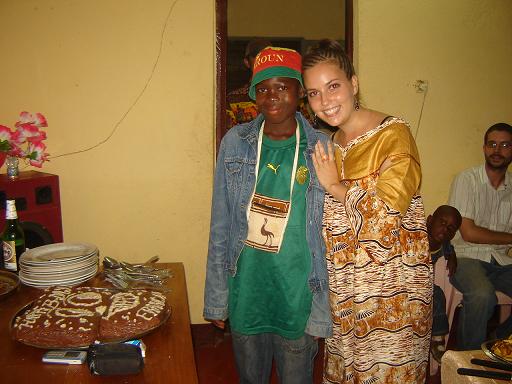 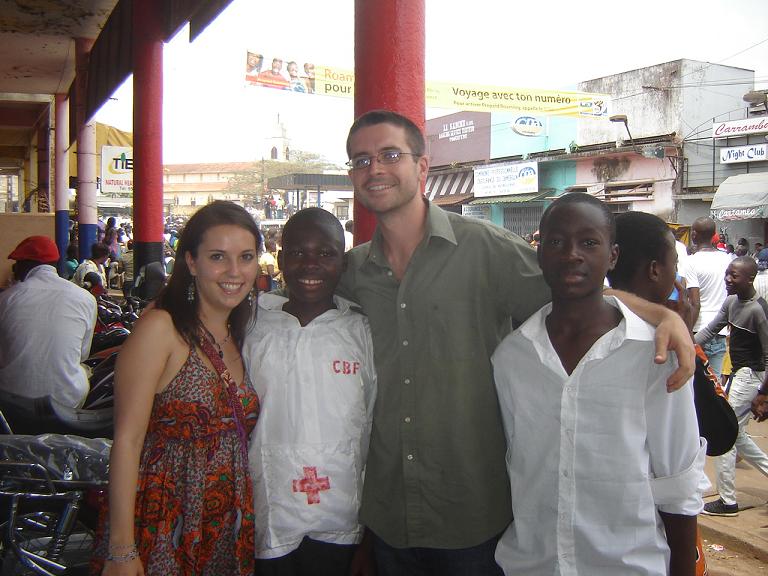